Brett, a native of Minnesota, is the Founder & President of Hockey International and owner of the Tampa Bay Juniors hockey club.

Hockey International is a leader in speed-training for hockey while utilizing specialized sensory-development techniques to help players of all ages develop in these areas.   Additionally, the on-ice and off-ice “TESTING” program provide an objective view of player development as it relates to in-season and off-season programs.

Brett has also been part of the USAH Women's National program since 2014, working with the development camps and was the Associate Head Coach of the 2018 Gold Medal USA Women's Olympic Team.

Coach Strot  played 10 years professionally in the ECHL, UHL, ACHL, IHL & WHA2 and was a three-year letter winner at the University of Minnesota. After retiring from the game in 1997, Strot became the general manager/coach of the Jacksonville Hammerheads (Southern Elite Hockey League) to start his coaching career moving info AAA youth hockey and then into Junior hockey.

Prior to moving into junior hockey, Brett was an assistant coach for the Jacksonville Barracudas of the Southern Professional Hockey League (SPHL) working with former NHLer Ron Duguay (head coach).   During the 2003-2004 season the Cudas won the regular season title and the President's Cup playoff championship.

During the last 11 years Brett Junior teams have been very successful with a number of players who have moved to Professional hockey along with NCAA Div-I/II/II programs and others moving on to ACHA college clubs.   You can see the success of our junior players who have trained under the Hockey International speed training concepts here:

The move of the junior organization to the Tampa area in the 2010-11 season took the family to Bradenton Florida where Brett and his wife, Tammy, have two children, Maverick Bret & Aspen Rae.

During her 14 years in the CSKA, Natalia was a two time Junior Club Champion on her way to a National Pairs Championship. She skated

Coach Natalia has taken her expertise to the hockey world with a unique approach identifying the bio-mechanical requirements specific to hockey and has both on-ice and off-ice expertise to make you a better technical skater. 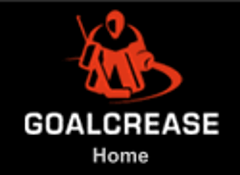